A downloadable game for Windows, macOS, and Linux

the hall - a rare place entered by people who have truly discovered their true inner self, beware of the white walls, the jazz music, its all in your mind

they say its the gate for inner peace, but with a big price to pay

made for the godot wild jam 19

the music can be found here:

Hey just got done playing it. Not bad for a short game. Keep up the good work! Gameplay is at 6:49.


This was an... interesting game to say the least.

I'm going to be really critical, and probably sound like an asshole, so I apologize in advance.

This seems to be one of your first games, so it's definitely a start, at least into horror. However, I found that while the concept was nice, the storytelling was lacking. You loop through the same hallway repeatedly which isn't anything exactly new, but it's a fun thing to play around with, and that wasn't the bad part. The bad part was that nothing changes around you as you go through the loops, most of the time. The way things change is by going through jump-cuts to different days.

This brought me out of the game immediately, and the game continued to tell the story like this. You don't get an explanation as to what happened, and you don't get to see what happened. You're left to assume something has happened, which CAN be used in a good way. However, this was not.

This game really needed to show, and not tell, and tell was mostly what it did. There were some interesting ways things were changing, but we don't get to see how it changes, instead, we're told that time has passed, and that things have changed because of this. The character explains that they should probably get some water, or food, and perhaps they pass out due to thirst, but instead we're smash-cut to 10 days in, where they're on the ground, and then immediately cut to 26 days in, where they're up and fine again.

This game wasn't bad. It just could use a little TLC, and maybe a bit more knowledge on story telling. I know it was made for a game jam, and that limits your time, but I think it could have definitely been made better.

There was one point where the tension was built in the game, but other than that, there were no scares. Just endlessly walking through loops.

Again, I'm sorry for being extremely critical and harsh. I don't want to discourage you from making games, as for a start, this was amazing, and making good games comes from experience and knowledge. I also have never made my own game, so I don't know how hard it is to make a game in the amount of time you're given for a game jam, I just know people have made some amazing games for them. So, take everything I say with a grain of salt, and continue to make games.

Good luck, I believe in you.

thank you for this response, i agree with you, i was lazy with my own work and that will change the next jam. thank you in advance 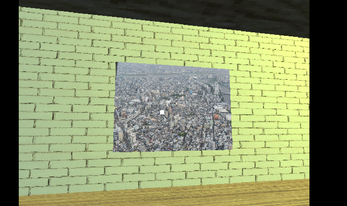